Have you ever heard of the Unofficial World Football Championship?

It is an attempt to determine the world football champion using the concept that “the champions should only be beaten by a champion."

The rule is simple:

Starting from the very first football national team match winner(England), if the champion is beaten, the title will be transferred to the opponent. If the champion wins or the match ends in a draw, they successfully defend the title.

But at this point, one might think, “surely domestic football matches must have come before national team matches". As you know, football originated in England, and one might wonder, if there was such a thing as the “Unofficial English Football Championship", who holds the title in 2020?

I have checked all the 200 thousand matches which are worth 150 years of English football for you!

There is a long journey ahead so let’s get on with it straight away.

The English football league started in 1888 and the only competitive matches before them were the fa cups.

4 matches were held on the 11th of November in 1871, supposedly the very first day of fa cup.

We don’t really know which of them was the very first game(they could have started and finished at around the same time).

However, fa cup is a tournament so whoever we think was the first unofficial football champion, the winner of the fa cup 1871/72 should still have held the title.

The first ever FA cup was in March 1872 and it was won by a team called Wanderers. Not Wolverhampton Wanderers, or Bolton Wanderers, just the Wanderers. They are probably the oldest wanderers that have ever existed.

They narrowly beat the Royal Engineers(which still exists to this day as an amateur team) and was crowned the first FA cup champion and that means they were the very first unofficial English football champion too.

So everything starts here.

The Golden Era of Blackburn Rovers

Next year the Wanderers won the fa cup for the second consecutive year so the tile is still with them, but in the following year (1873) they were finally stopped by the Oxford Unviersity Football club, which has become the only university football club that has won the fa cup and consequently become the unofficial champion in their respective histories.

As this highlights, for the first decade of competivie English football, professionalism wasn’t really a thing. lWanderers, Royal Engineers, Old Etonians, they were all so called amateur clubs(they didn’t play football for a living).

After about 10 years, however, professional clubs very rapidly became prominent and Blackburn Rovers won the FA cup for the very first time in 1884. Since then, there are a lot of familiar faces. Blackburn, Aston Villa, Preston North End, West Bromwich Albion etc.

It seems that Blackburn was by far the best of them, but the unofficial championship was nicked from them by West Brom in the last minute.

Queens Park is the oldest football club in Scotland and has nothing to do with the QPR. They still play in the Scottish second league, and they remain the only Scottish team that have reached the fa cup final and held the unofficial championship title.

The commence of the Football League

Obviously the EFL is the oldest football league in the world, and the very first teams that answered the call from the then chairman of Aston Villa were:

Accrington is the only club that doesn’t exist today and it’s almost staggering that a third of these twelve(Wolves, Everton, Burnley and Villa) still play in the premier league in 2020.

You might think, the first league champion, Preston North End must have been the UEFC for the most of the year, but that’s not the case.

Even though they won the league without a single defeat in 1888, they had two draws against Aston Villa and Burnley and incidentally both of them happened to be the unofficial champion then.

So, Villa and Burnley defended the title and it was never transferred to Preston that year.

Congrats, Man City fans! You actually do have history and you became unofficial champion before United did. (They had to wait until late 1930s to become the real champions, which is, mind you still way earlier than Chelse and Spurs, both of whom won the league for the first time in 1950s)

As you can see, most of the strong sides back then are from the north, with the exception of Arsenal. Almost all the other clubs are located in Birmingham or above(I mean, north abut you know what I mean)

This is the case in the real football world too and by 1919 Aston villa had won the league 6 times and Sunderland had won 5 times.

Golden Age of Herbert Chapman at Huddersfield and Arsenal

For 50 years or so, the unofficial championship title had been held mostly by the original league members plus older clubs such as Sheffield United and Wednesday, Nottingham Forest, Sunderland and Bolton.

However, everything changed when the legendary manager, Herbert Champan came into the scene.

He built foundations for the three consecutive league wins for Huddersfield and later Arsenal and this is also reflected in the number of UEFC held by the two clubs during that time.

You can see there are a lot of new faces like Leeds Grimsby Town and Portsmouth, and there is more variation.

Also it is an interesting coincidence that when the football league has to stop midway through the season, it’s always a Liverpool club that are top of the table(Everton won the league just before WWI and II, and you know Liverpool will win the league this season.)

And I find it quite interesting Man United had so few of the Unofficial Champion’s title prior to the WWII.

Liverpool were so good

In the real world, Tottenham won the league in 1951 and Chelsea won it shortly after in 1955. This means all the so called big 6 sides had won the league at least once at this point.

Arsenal were leading the race at 7 times, followed by Sunderland(6), Everton and Liverpool(5).

However after brief spells of southern prominence, in which clubs like Ipswich and Portsmouth did really well, Liverpool were incredibly strong especially in the 1970s and onwards.

During 1975-85, Liverpool won the league 8 times, and by the time premier league started, Liverpool were by far the most successful side in English football history, having won the league for 18 times in total, which was 8 more than the second placed Arsenal.

Fulham takes it to the second division

As for the unofficial championship title, in 1953, Fulham took it to the second division for the first time in its history, although Huddersfield defended it towards the end of that season and brought it back to the 1st division within a year.

As a result of this, a lot of new clubs joined the UEFC title race but still clubs like Oldham Athletic, Bury and Notts County are still just about clinging on to the past glory.

With the rise of two north London clubs and others based in southern cities, you can safely conclude that the northern dominance in football is officially over.

Relegation and Liverpool’s unbeaten run takes the title to 2020

While in the pre-premier league era, the UEFC was relegated only once, since 1992, it has been relegated three times already. (Middlesbrough in 1993, Sheffield Wednesday in 2000 and Newcastle in 2016)

Furthermore, it takes longer and longer to get back to the top division and UEFC spent 3 years in Championship. Luckily however, at the end of 2018/19 campaign, the title was held by Norwich City, who came first and got promoted to the premier league in 2019.

They were beaten by Liverpool on the opening match, who then went on the club record 27 matches unbeaten streaks.

As you know, this run was stopped by Watford and they lost to Crystal Palace.

So, it means that before the return of premier league in June 2020, Crystal Palace is the unofficial English football champion.

Most goals scored by a side: 12

Most goals scored by both sides: 14

Most Derbies in the league: Mersyside Derbies 201 times

Total numbers of the UEFC titles held by clubs 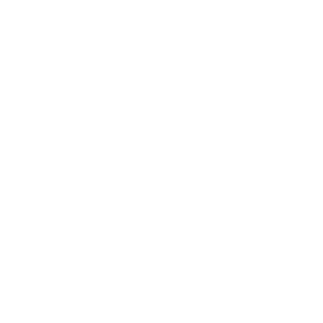